Dating doesn’t have to be complicated if a man sticks to the basics. From swiping right and left on tinder to being ghosted by someone you thought you had a connection with, it can be hard to read the signs she wants you to chase her. 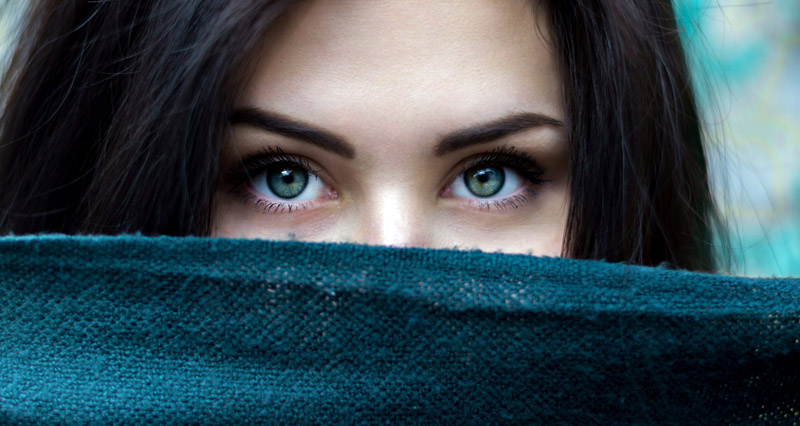 “But it’s different today,” you say. Fair enough. Before we discuss the signs she wants you to chase her, let’s first consider another question:

Do Women Today Want To Be Chased?

Yes, obviously, they do or this article would not exist.

A woman wants to be chased by a man who grabs her interest. Since, compared to men, women find it less difficult to attract members of the opposite sex; they are able and willing to make a man wait and pursue them at least until they have identified the “right one.”

Essentially, she wants you to chase her in order to establish that you are potentially “a keeper.”

12 Signs She Wants You to Chase Her

1. She is hot and cold at the same time

If you have any dating experience at all, you probably are familiar with women who blow both hot and cold.

At one point they are friendly and even flirty with you.

If you attempt to reciprocate later that day, the woman suddenly becomes cold and may even suddenly avoid you.

When and if this happens to you, don’t let it bother you.

She is not out to hurt your feelings, she simply wants you to pursue her and she doesn’t want the chase to be too easy.

2. She is quick to respond to your messages

If a woman is quick to reply to your messages any time of the day, she is obviously looks forward to hearing from you.

And wants you to keep communicating with her.

ALSO READ: Flirty Questions to Ask a Girl And Make Her Like You – The Ultimate Guide

3. She says yes to your invitations

If a woman is not interested in you she will quickly and expertly dismiss any dinner invitations.

She will readily and regularly tell you she has plans and her calendar is full.

However, if a woman likes you wants you to continue the chase, she will work to accept any of your invitations even if it means canceling a prior engagement.

4. She pays attention to her looks when you’re together

If you catch her by herself she is wearing plain clothing.

On days when she expected to see you she is dressed nicer and perhaps even has more makeup on as well.

She might not go all out when she is with you, but there is a noticeable difference in her appearance when she is not with you.

Hence she works on her appearance because she wants your attention.

5. When the two of you are alone, she makes meaningful conversation

Instead of chatting about random gossip or what’s new on Netflix, she initiates a meaningful conversation because she wants to present you with a preview of her life.

If she teases you a bit, it indicates that she has warmed to your company and is comfortable around you.

You have moved past the stage of “formal” interaction.

As such you have moved on to the next step. It is your cue to continue moving ahead here.

7. If you stop communicating with her, she reaches out to you continuously

The chase gets tiring and you back off for a bit.

She is now incessantly reaching out to you.

Because she is concerned you have given up the chase. She wants you to continue your pursuit.

She gives you only vague replies when you bring up the possibility of steady dating or even when you are just somehow alone with her and discussing other subjects.

Women sometimes use the tactic of acting mysterious to determine if you are willing to be patient and persistent enough to probe more deeply into her own life.

Most women see mystery as something that adds romance.

9. She always avoids the big question

Eventually you are going to want to ask the woman about a more serious or exclusive relationship.

When you do, she works to avoid the subject entirely.

She could very well say yes sooner or later but some women seem to enjoy dangling the carrot a bit longer.

10. She does not really interact with you, yet she still tells you that she misses you

She turns down your invitations on occasion, but then makes sure to tell you that she really missed you.

Logically, if she is discovering that she really misses you when she is unable to see you; then she will do her best to spend more time with you in the near future.

Therefore, she wants you to continue the chase.

She teasingly asks if you missed her on a regular basis.

The smart reaction to this inquiry is to respond in the positive and use the opportunity to ask her out on another date.

She is now cornered and pretty much has to respond with a “yes.”

It can be perplexing when a woman first appears to say one thing and does (or does not) do another.

She says she is not interested and yet she is a touchy-feely flirt.

If a woman plays this game she obviously wants to be pursued. If she did not wish to be chased she would not normally behave in a way that says otherwise.

Remember, women want to be sure about your advances. That’s why you still have to know the signs that a girl likes you.

If you cannot recognize them, you will never see the signs she wants you and dating will always be a quandary.

Tags :datingsigns she wants you to chase hertinder
add a comment

Ayisha Diaz – 18 Things You Should Know About This Instagram Goddess